The Aim: promote the first yearlings due to be offered at the yearling sales by the Newsells Park Stud stallion Nathaniel, as well as the stud’s annual yearling consignment.

The campaign centred around being at the seaside as the first sale was at Deauville, a picturesque seaside resort in France.  It played on the word ‘sea’ for the seaside and ‘seeing’ the yearlings at the sales.

A simple colourful four page mailer was sent to breeders, bloodstock agents and press using the campaign strap line ‘Sea’ you in Deauville. 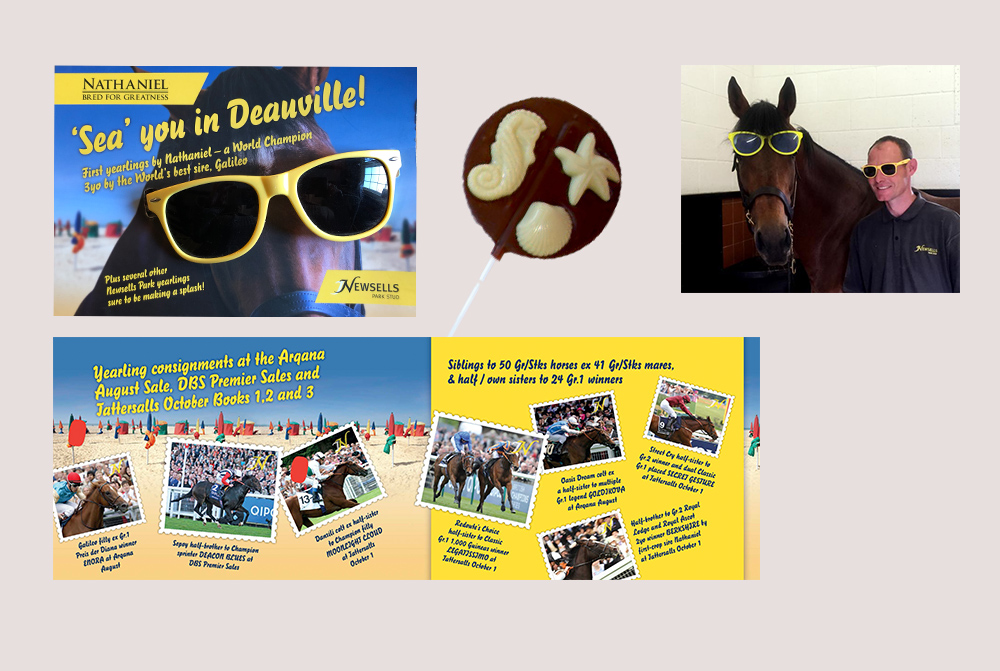 The campaign was promoted across Twitter and Facebook with those recipients of the mailer posting images wearing the glasses receiving more chocolate. Newsells Park Stud also posted Nathaniel himself wearing a large pair of yellow sunglasses.

Adverts reflecting the campaign theme featured in the racing press. These complemented the annual advertising plan prepared by Pace which included the services: media buying in bloodstock publications across Europe and USA on key dates in the bloodstock calendar, budget management, copy writing, editing, proofing and submission to the publications. In addition to success advertising throughout the year triggered by Nathaniel’s progeny winning notable Stakes races. 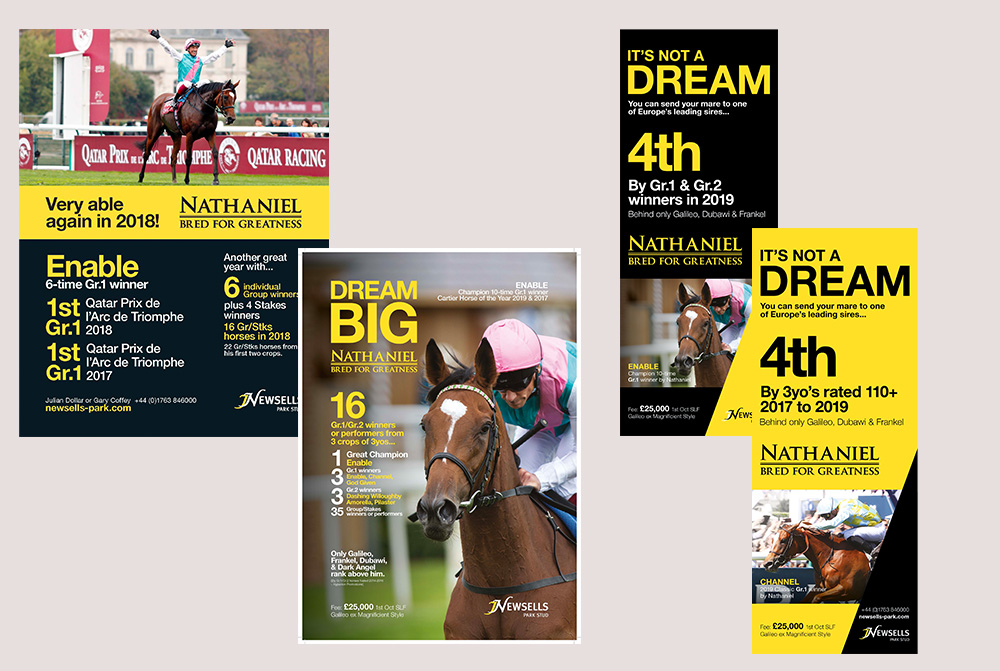